Come join us for laid back fun as we run/walk/hike around the wilds of Connecticut and relax afterward with beer in hand (assuming we’re over 21). We run every other Saturday and also on random nights when we feel bored.

Our website gets updated hardly ever, so check back soon! Checkback. See what we did there? Hilarious.

Great Tyrant:Fudge Packer
What this wank really does:
The title of "Tyrant" is a special name for a "Grand Master/Mattress" who also is a "RA"; it's never not his/her fault regardless of what happened. The "Grand Master" (or "Grand Mattress" if the GM is a she) is the figureh*@d of the kennel who preserves RgH3 kennel traditions and relationships with neighboring kennels. Plans mismanagement meetings, organizes events, delegates responsibilities. Is a dedicated member of RgH3, has successfully held two or more RgH3 mismanagement positions, and has hashed with other kennels far and wide.

Religious Advisors: Mud Me Tinder
What these wanks actually do:
The Religious Advisor, or "R.A." is one part cat-herder, one part cult leader, one part dominator. He or she energetically leads chalk talk and circle. Is responsible for issuing down-downs and contextually appropriate songs when the songmeister is too drunk to do the job. Must have a sense of humor, loud,commanding presence, understanding of hash traditions,knowledge of hash songs, and be able to keep a bunch of drunk people in line for long enough to conduct a circle.

Songmeister: EZ Keyless Entry, but Double Wide is waaay better at it
What this wank actually does:
Leads the kennel in appropriate RgH3 hash songs during down downs, on trail during song checks, and at other events. Ensures that the songbook is current and organizes song practices. Manages to get drunk hashers to remember the words of hash songs through coersion and sexual favors.

Hareraiser:All I need is C#ck
What this wank actually does:
This wank shows all the virgins how to lay (trail). Seasoned hare who makes sure that there is a hare for each hash. Convinces drunk prople to sign up for hare trails and reminds them about it when they finally sober up. Trains new hares in the art of RgH3 style haring. Scouts trail, show proper trail markings. Arranges co-hares for hares. Maintains the hareline on this website. Helps the hares write trail descriptions for Meetup and other social media. Posts these to Meetup/ social media. Brings extra chalk to trails.

Haberdasher: Double Wide Whiskey Dick
What this wank actually does:
These wankers know how to sell their goods for cheap. Makes sure there is nifty RgH3 swag to buy and sells it at every trail. Designs, orders, distributes swag (toe tags, give aways, or other special swag that pleases every wank in the land.) May outsource design to more sober members or Third World children for 69 cents per hour. Regularly reports how broke they are as a way to guilt drunk hashers into buying more useless swag.

Beermeister: Ole Hump
What this wank actually does:
The most important job in the kennel, the beermeister comes to every trail with a chilled cooler full of beer for chalk talk and circle. Cooordinates trail/circle beer with the hare.

Hash Cash:Heinz 69
What this wank actually does:
Keeper of our hash cash book,the Hash Cash keeps his hands in all of our ass...ets. Attends every trail. Collects hash cash from attendees at the beginning of trail, keeps track of attendance. Maintains attendance records and balances the books using an Excel Spreadsheet. Reports how broke we are on a regular basis.

Bored of Erectors:EZ and Philly Cheese D*ck
Been there, done that. Retired and very tired Tyrants/Grand Mattresses, Stands in for mismanagement as needed and gives sh*tty advice to wanks who are usually too drunk to really care.

This is only the most recent incarnation of the Rotten Groton Hash, a kennel that has had a long history of running (and not). Rhode Island H3 hasher Basket Boom Boom told us a story once about how many times the kennel has been resurrected over the last 20 years, but we forgot most of the details. Beer.

THIS incarnation of the RgH3 was started by Little Hummer Boy and Hand Job in summer 2012 after spending a year bitchingabout the lack of hashing opportunities in the Groton area. The first official RgH3 run was the "Witness the Resurrection" hash on June 2, 2012. Little Hummer Boy hared a trail in Groton, and the pack included Hand Job, Lubey Sanchez, NFN Jan, and Sound of Music Crying.

In 2012, every other weekend when we weren't hashing in Groton, RgH3 hashed with our sister kennel, New Haven Hash House Harriers, NH4, to further develop our thirst for beer.

In February of 2014, HashMat was co-hosted by all three shoreline kennels!

​Other CT Kennels are born: NarwhalH3 and H69

Even though the original RgH3 members 5 no longer regularly hash with us or have moved away to greener kennels, the RgH3 kennel continues on-on... 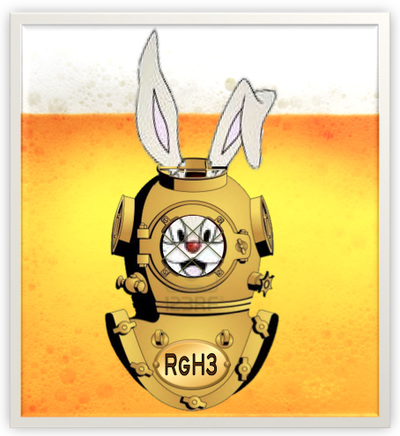 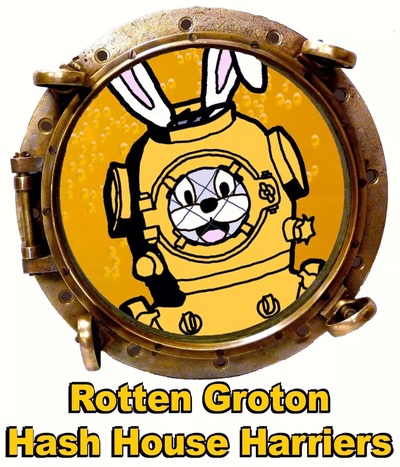